Anseong Matchum Land presents the Namsadang Performance Site, the Astronomical Science Museum, the Craft Culture Center, the Camping Site, and the Four-Season Sledding Slope, as well as a wide lawn plaza, a wild flower complex, a waterside park, and a fountain plaza, allowing visitors to use such diverse facilities at their convenience. It was also the venue for the 4th 2012 Anseong World Folk Festival (CIOFF WORLD FOLKLORIADA ANSEONG) as a World Culture Olympics. 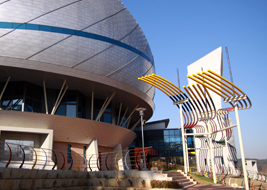 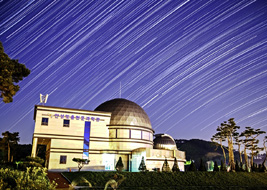 You can observe the sun burning in the daytime, as well as glistening constellations, the moon, and planets at night. You can also see the mysterious night sky, as well as watch 4D scientific videos. 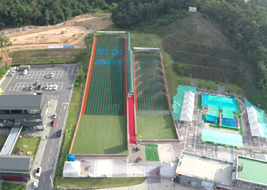 Have fun running on the sledding slope. It is a perfect playground for children as long as they are accompanied by their parents. 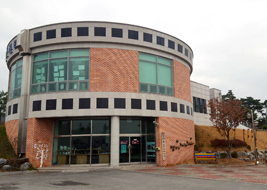 It is a complex craft culture and art space for craftsmen and citizens. You can try to paint and craft woodworks, metalworks, ceramics, and Korean paper works. Gallery exhibitions are also held there. 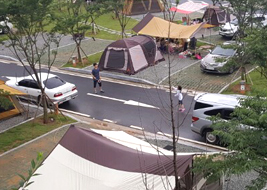 Surrounded by a pleasant, natural environment, this site presents a Namsadang performance, while the Astronomical Science Museum allows you to observe constellations, among other diverse sightseeing spots and experiential attractions. It is worth visiting. 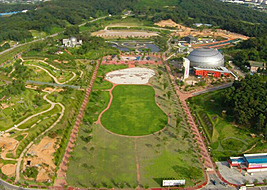 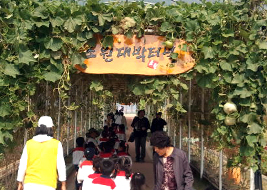 Various gourds are hung from the tunnel ceiling. In connection with the gourd, the old Korean story indicates that the gourd brought gold, silver, and treasure to the good-hearted Heungbu, while also bringing goblins to his wicked brother, Nolbu. You can walk through the long tunnel and pray for your best wishes for the New Year. 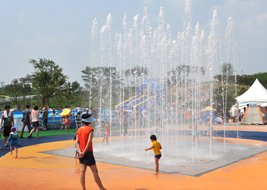 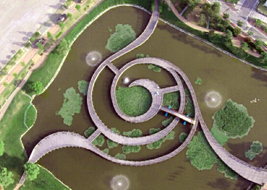 The park, which is shaped like a hat-spinning dancer, features full-blossom lotus flowers in the prime of the summer. At night, it operates LED lights and water fog fountains. You can also enjoy watching beautiful, fancy carps in the pond along with a natural view. 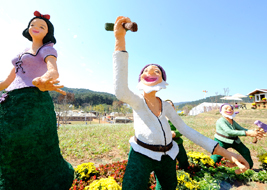 The complex presents 40 to 50 kinds of wild flowers that show off their splendor in the spring and in the summer. 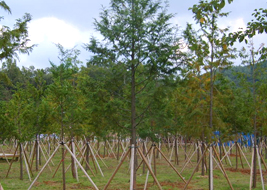 The cypress is used as a Christmas tree in the West, and it is used as bath material called Hinoki in Japan. Cypress is known to spew the largest amount of phytoncide among trees. Walk through the healing cypress forest for good health. 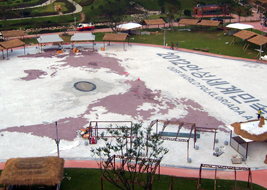 This was the venue for the 2012 World Folklore Festival. The floor block is painted with a world map.